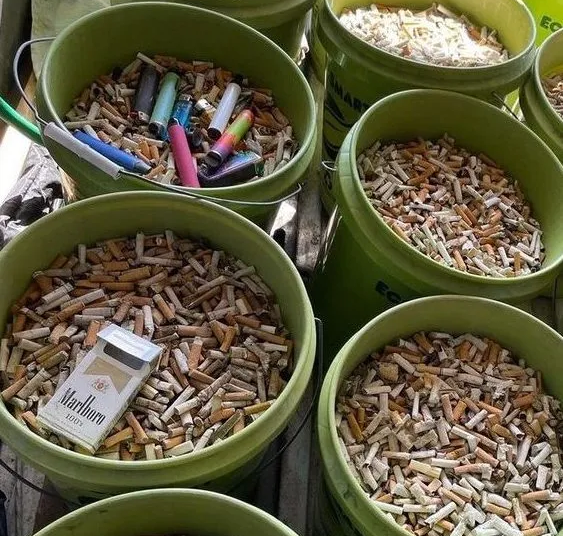 The measure passed by a 4-3 vote, as expected. More than half a dozen in the audience who wore white t-shirts identifying each as a “Tybee clean beach volunteer” cheered at the passage. However, as Mayor Shirley Sessions cast her tie-breaking vote, another man seated in the front row shouted expletives and stormed out of the meeting.

Have The Current delivered to your inbox each Tuesday, Wednesday and Sunday.

Cigarette butts are the most common item littered on beaches not just on Tybee, but all over, the Ocean Conservancy reports. Their filters are typically plastic and pose a threat to birds and sea life that mistake them for food. At the first reading of the ordinance in April, members of the anti-litter group Fight Dirty Tybee demonstrated the extent of the problem with 5-gallon buckets full of cigarette butts they collected from beach sweeps.

Several Charleston-area beaches have banned smoking but Tybee is the first in Georgia to do so.

“I’d like to amend any motion made to be that this would be effective June 1, to allow staff and the city time to get signage together,” he said. “And that for the first three weeks, we issue warnings, instead of coming down like thunder.”

The ordinance doesn’t specify a fine, but Tybee’s web site indicates all beach related fines are $300, including smoking or vaping in the current no-smoking area on the beach between 14th and 16th streets.

Included in the ban are e-cigarettes.

With litter from cigarette butts the main concern with beach smoking, Council Member Barry Brown asked why vaping was included.

Councilman Brian West explained that the vaping devices have small parts including caps.

“They have little battery packs,” West said. “The stick itself can be left behind; they can forget they had it,” he said. “So there are loads of little pieces of plastic and I understanding Clean Beach picks up a lot of those as well.”

The Current is an independent, in-depth and investigative journalism website for Coastal Georgia.

New businesses opening on Tybee Island throughout the pandemic