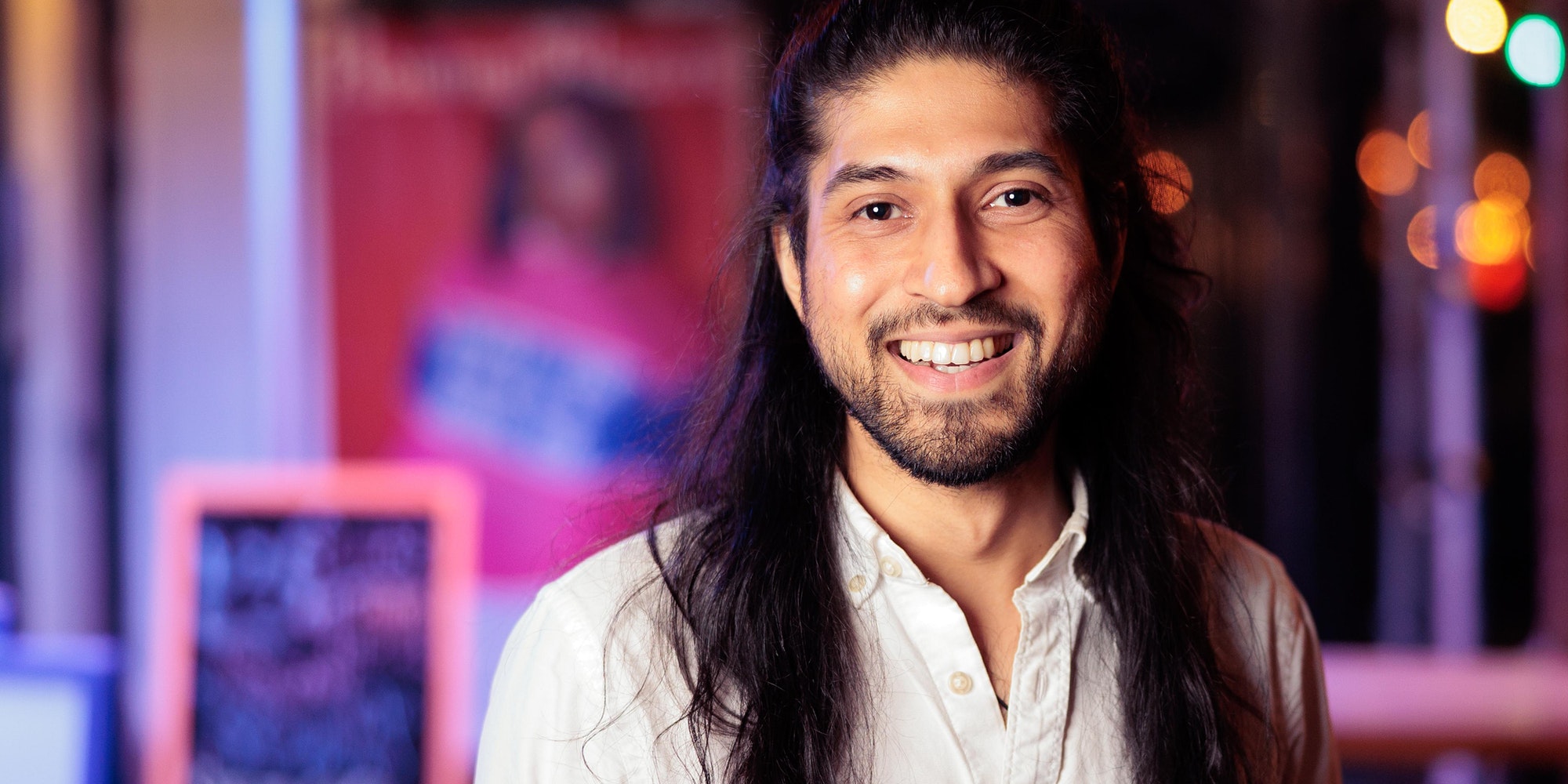 Join us for another edition of The Wormhole’s COMEDY PLANET Headliner series with the very funny, Alingon Mitra!!

Alingon is a stand-up comedian and writer living in New York. He has written for THE DAILY SHOW WITH TREVOR NOAH on Comedy Central and was also staffed on ADAM RUINS EVERYTHING on TruTv. He has done stand-up on THE LATE SHOW WITH STEPHEN COLBERT, CONAN, LATE NIGHT WITH CRAIG FERGUSON, and ADAM DEVINE’S HOUSE PARTY. After becoming a semi-finalist on LAST COMIC STANDING, Alingon won the coveted “Comic Comeback” award, to appear in the season finale. He was selected to be a New Face at Just For Laughs Comedy Festival in Montreal in 2015. Alingon graduated from Harvard, where he was a writer for the illustrious Harvard Lampoon.

“The Wormhole Presents” is a recurring stand up show showcasing one of the best traveling, HEADLINING, credited working comics in the country. Every single show is outstanding and no two shows are the same. Make sure you don’t miss out on this one night only standup comedy event!