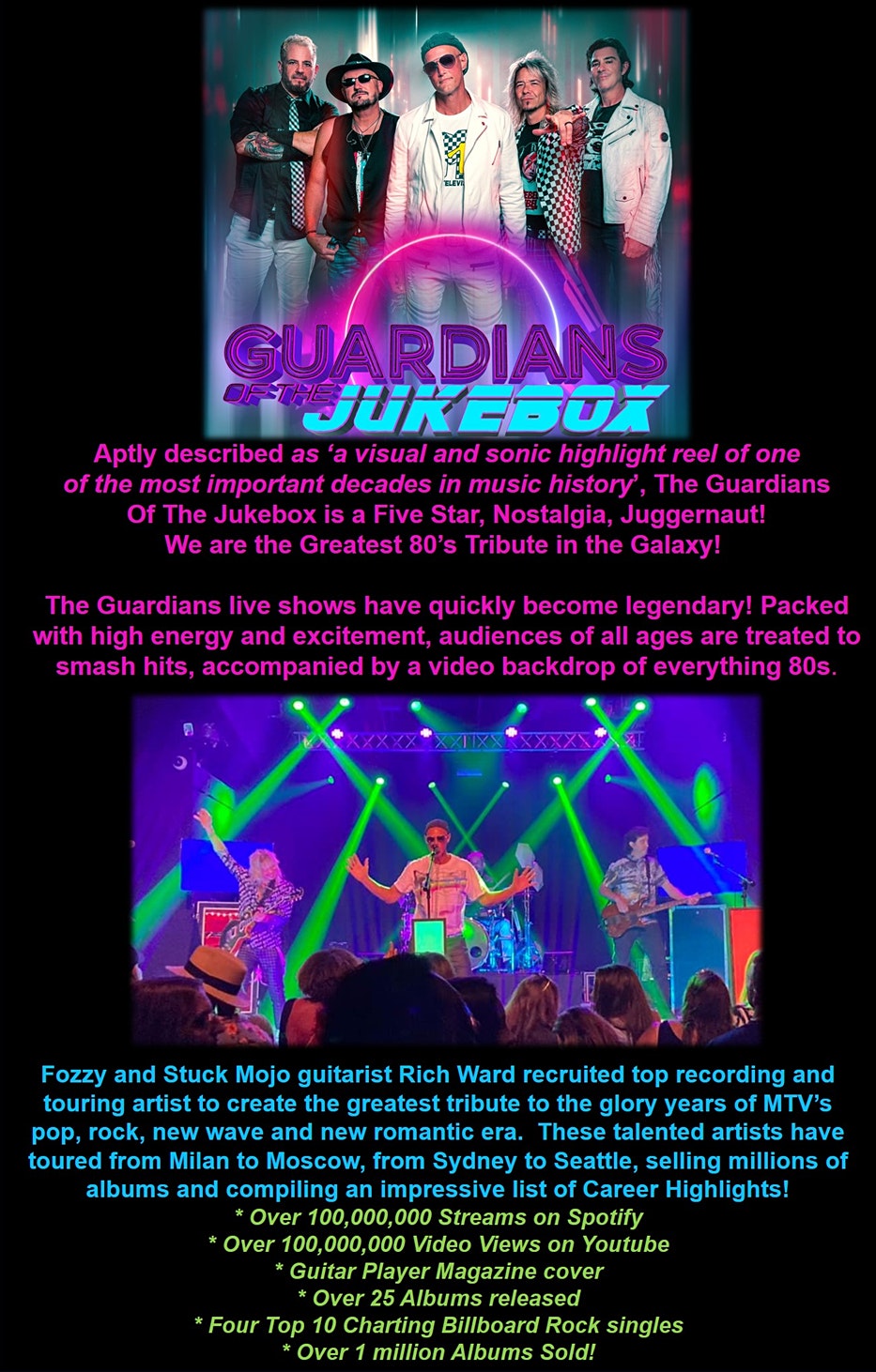 Feeling nostalgic? Come out to the Soundgarden for A Tribute to the Glory Years of the 1980’s MTV Era with Guardians of the Jukebox!

When the covid pandemic put the entire music industry on pause, Fozzy and Stuck Mojo guitarist, Rich Ward, saw this as his lemons to lemonade moment. He recruited some of his recording and touring bandmates to create the greatest tribute to the glory years of MTV’s pop, rock, new wave and new romantic era, the 1980’s. This isn’t your Uncle’s cover band. The Guardians Of The Jukebox is a Five Star, Nostalgia, Juggernaut! A visual and sonic highlight reel of one of the most important decades in music history, performed by musicians who have sold millions of records and toured from Milan to Moscow, Sydney to Seattle. We are the Greatest 80’s Tribute in the Galaxy. 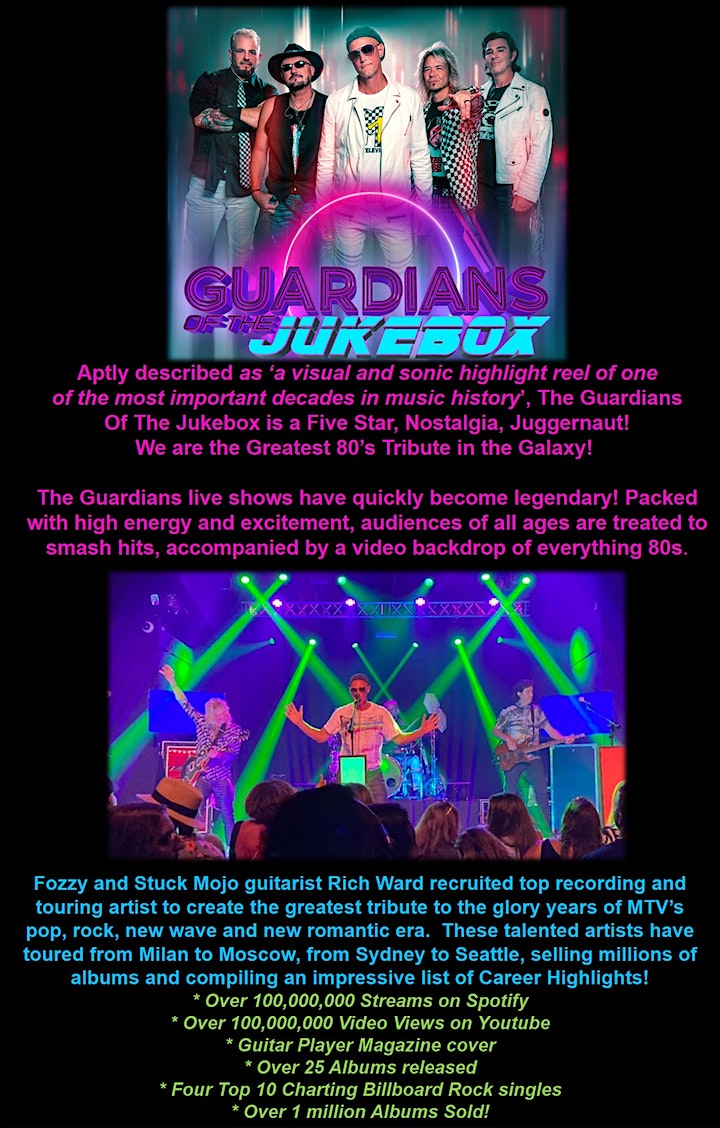