Captured! by Robots with Pink Peugeot and JUS B at The Wormhole 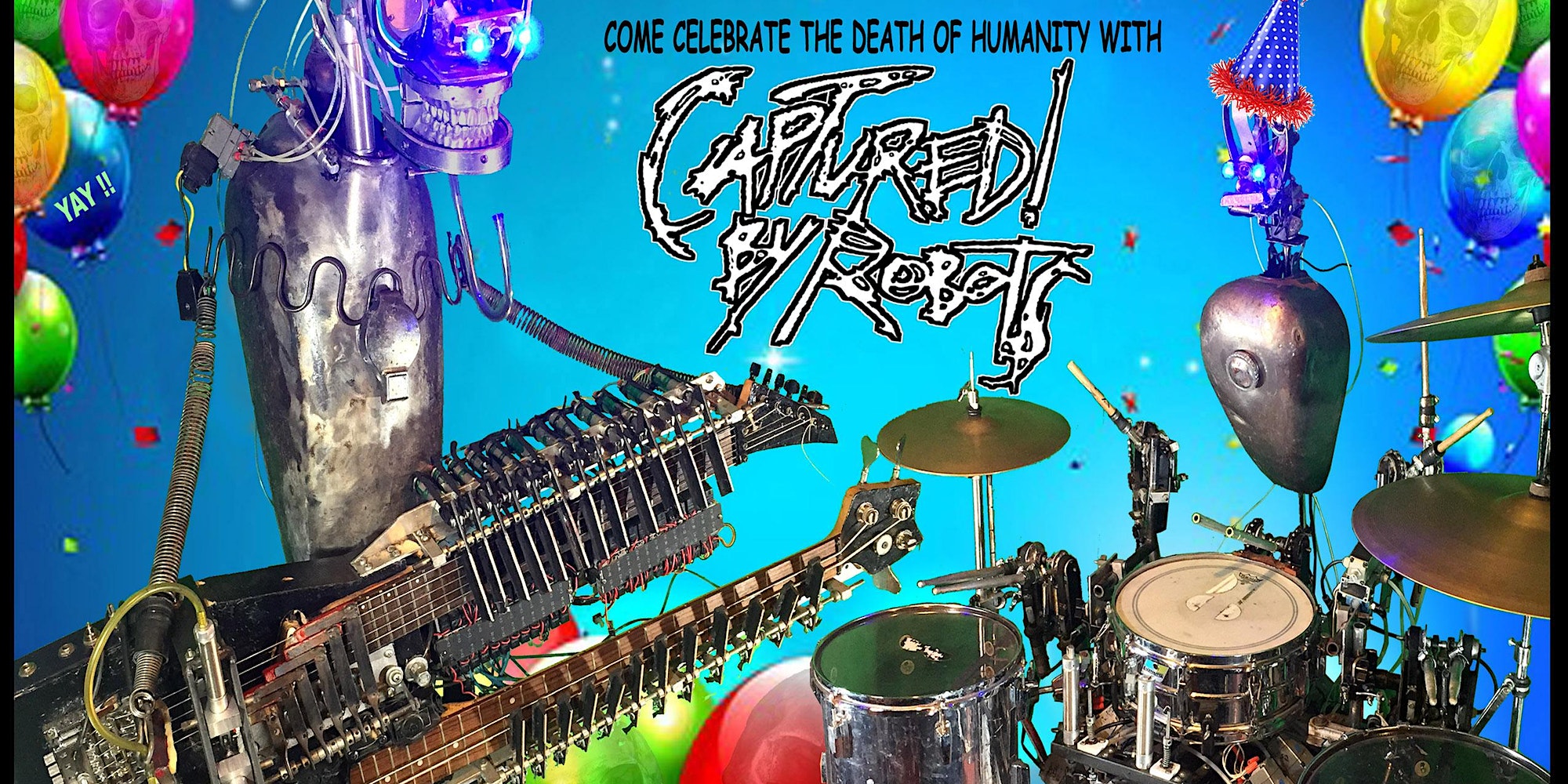 Robot Grind Core at The Wormhole

JBot has been Captured! By Robots and they are making him front their band!

Captured! by Robots is an American grindcore band known for featuring only one human member under the pseudonym of “JBOT”. … The group is composed of JBOT, the “human slave to the robots”, DRMBOT 0110, a robot drummer; and GTRBOT666, another robot who plays bass and guitar.

Pink Peugeot and JUS B opening 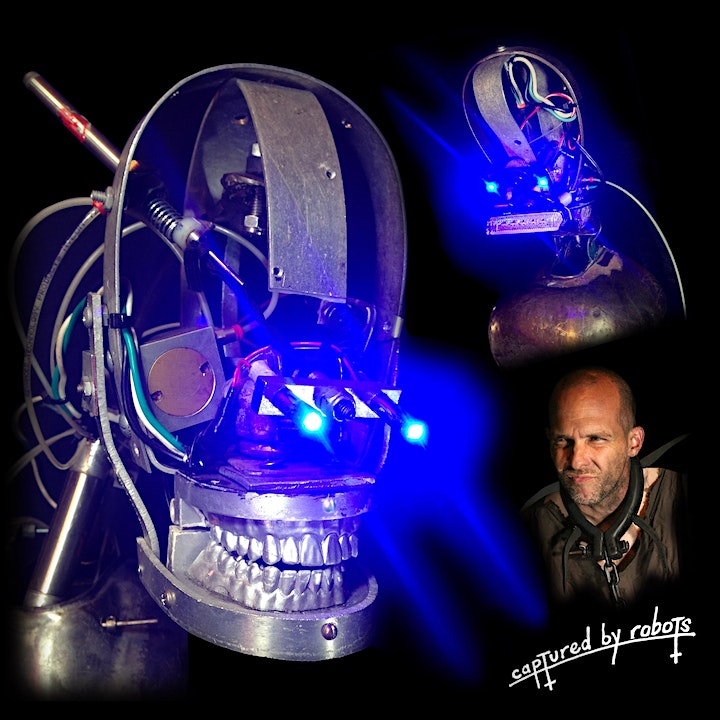 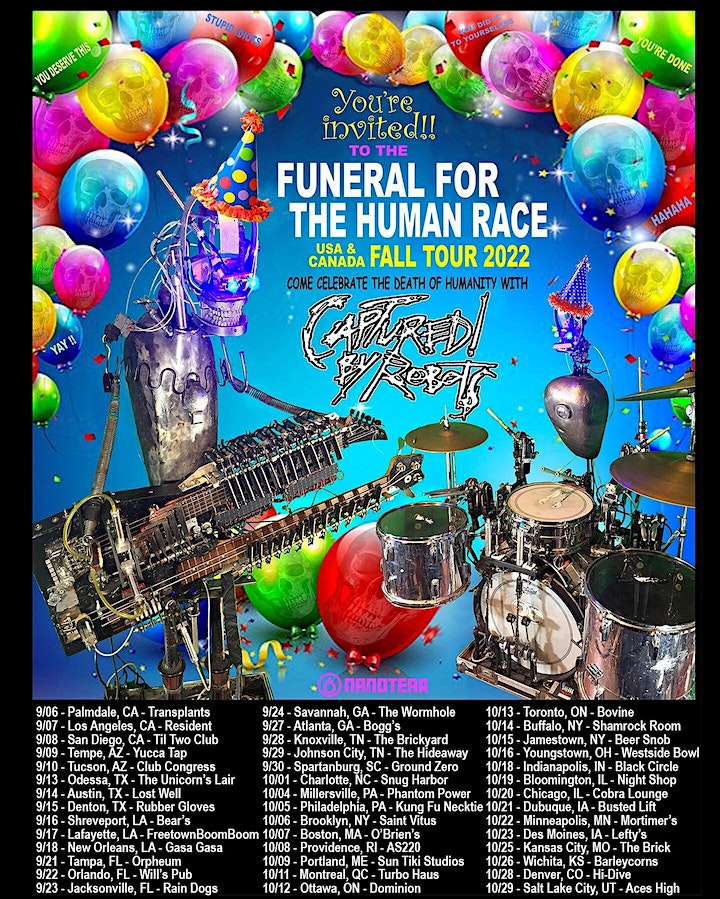 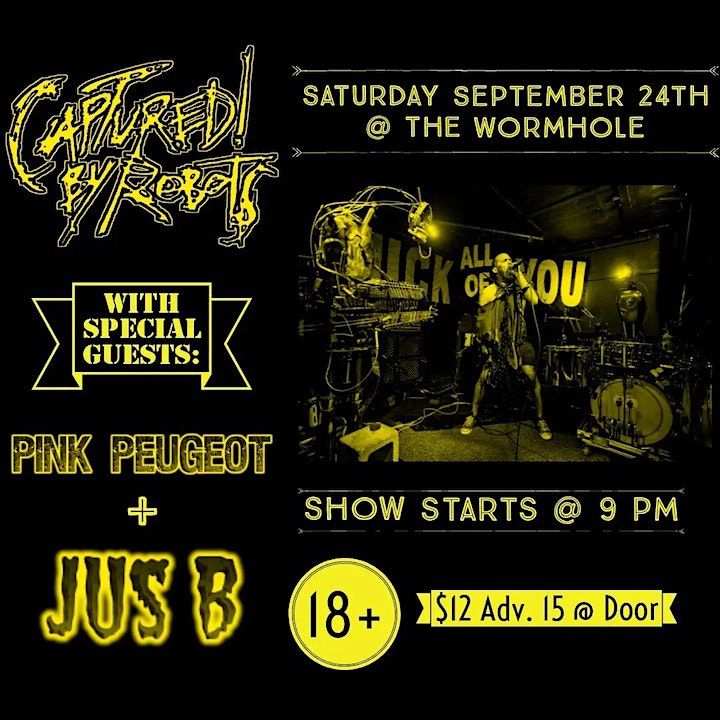