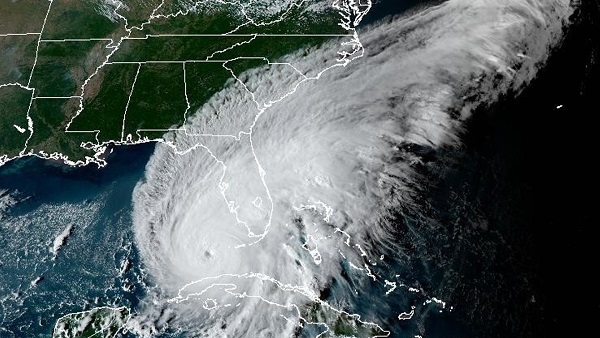 As Hurricane Ian makes landfall in Florida, a tropical storm warning and storm surge warning are in effect in coastal Chatham, Bryan, Jasper and Liberty counties.

According to the National Hurricane Center, Ian is about 460 miles south-southwest of Savannah with an intensity of around 140 mph. The storm is currently moving north-northeast, or 15 degrees at 10 mph.

The NHC expects the largest impact on the Savannah area on Friday.

“Although the storm will weaken as it moves farther north into Georgia and South Carolina through the weekend, significant impacts from storm surge inundation, heavy rain, and tropical storm force winds are likely across the region, along with a few tornadoes. The worst conditions should remain along the coast. The combination of significant storm surge inundation and heavy rainfall could produce areas of considerable flooding, especially Friday. In addition, dangerous marine and surf conditions, as well as significant beach erosion, are expected.”

What to know before the effects of Hurricane Ian hit Savannah

Here are some ways to be prepared for the potential tropical storm force winds and rains on Friday in Savannah:

Here’s what you need to know:Tropical storm and hurricane guide for Savannah and Chatham County