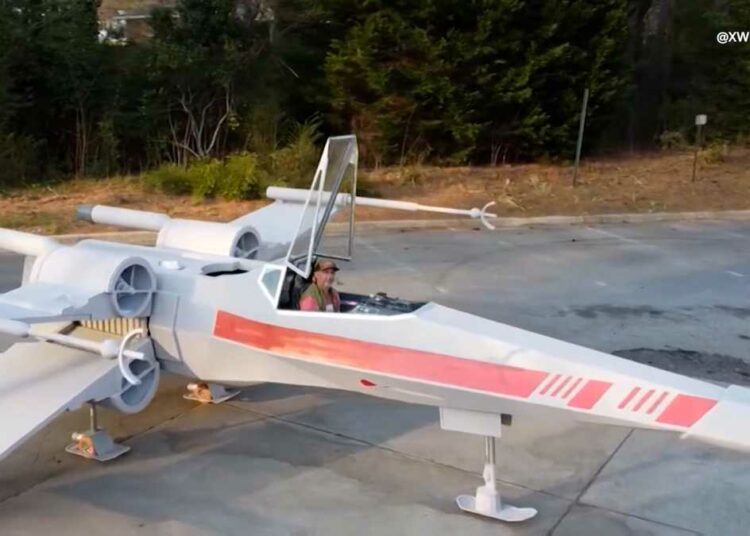 A Star Wars fan has turned an out-of-this-world personal project into a worldwide fundraiser to benefit Ukraine.

Physician and Star Wars fanboy Akaki Lekiachvili, who was raised in the former Russian republic of Georgia and now lives in the American state of Georgia, started building a nearly life-sized X-wing replica in his free time to teach his kids about science and technology.

He turned his garage into a lab and his wife was not thrilled. But six years and at least $50,000 in building materials later, he’s now tapping into the fervent Star Wars fanbase and using this cosmic cosplay craft to try and raise money for Ukraine.

His X-wing was recently displayed at an Atlanta Braves “Star Wars” night and even has its own Twitter account which has been liked by none other than Luke Skywalker himself, actor Mark Hamill.

Lekiachvili and his wife have family in countries neighboring Ukraine and he says his mission to help is just getting started, invoking the old Jedi proverb “do or do not, there is no try.”