Community and city leaders held a listening session about the potential development of a piece of land that has been vacant in Garden City for several years now.

A local community housing organization say it could bring more housing to the growing community. But, city and community leaders found out loud and clear – that’s not what residents in Garden City’s District 4 want.

They instead would like a place for families to gather and in a place where kids can be active.

It’s about 13 acres and sits in the historic Rossignholl Neighborhood in Garden City.

“That space is big enough and it’s beautiful enough,” said one resident. “We can have a leisure park behind it. We can have anything we want that falls up under recreation. Housing is not the answer.”

Residents who came out to listening session held by the city and the Garden City Housing Team made it clear, they don’t want any kind of housing on the city-owned property.

“We need to focus on what we have here,” said resident Lynda King. “Our kids here.”

Lynda King has lived in the neighborhood for 27 years. She and other residents would like to see a recreational facility for neighbors and their children on the land.

“It’s not all about the kids, it’s all about us,” said King. “It’s us. This is a village and if we don’t look out for each other, who will?”

The Garden City Housing team wanted input about workforce housing in the area too.

“The thing is, we want the community to be on board,” said Garden City Housing Team President MonaLisa Monore. “We’re not going to move without the community’s approval.”

The community spoke loud and clear Thursday night and city leaders say they got the message.

“Let’s build a state of the art community center on that field with all the up scale amenities that go along with it that involves recreation for everyone and that way it’s a win-win for everyone,” said District 3 Councilwwoman Natalyn Morris.

“They elected me to be their representative,” said District 4 Councilman Richard Lassiter Jr. “They want recreation and that’s what I will fight for nothing more, nothing less.”

Since this is city- owned property, city leaders say they are looking to get feedback from every district in the city.

WTOC will keep you updated on when another listening session has been planned. 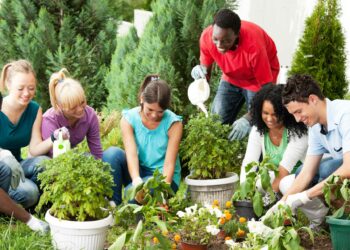 Salvation Army provides the sweetest sounds of the Christmas season