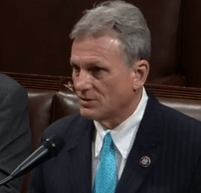 Coastal Georgia’s Republican state legislators have already chosen a side in Brian Kemp-David Perdue battle for their party’s candidate for governor next year. Now, it appears a growing tide of state elected officials are backing the incumbent as well.

Axios Atlanta reported Thursday that 25 of 34 Republican state senators signed a letter to the former senator asking him to support Kemp’s re-election bid.

Coastal Georgia’s state senators Ben Watson and Sheila McNeill are among the offiicals who hand-signed a letter thanking Perdue for his previous service as senator, but asking him to refrain from challenging Kemp in the name of unifying the state party. The letter is undated but appears to have been sent before the former business executive and Sea Island resident announced his candidacy for the state’s top job. McNeill represents Perdue’s own district, District 3 in Glynn County. So far, 31 state senators are on record as supporting Kemp.

Political pundits are wondering about whether the divisions in the state’s GOP will affect the legislature’s ability to get work done this year. A splintered GOP could mean gridlock in the work of the majority party, but with rising numbers of endorsements Gov. Kemp’s legislative agenda may not be smothered by partisan bickering.

One big question for Coastal Georgia voters is when U.S. Rep. Buddy Carter will pick a side between the two Republican gubernatorial candidates. If past actions are prologue, Rep. Carter was one of the Congress members who attempted to negate Georgia’s 2020 election results amid the insurrection on Capitol Hill on Jan. 6. That stance reversed his position announced more than two months earlier, when Rep. Carter told The Current that Georgia voters could trust our state’s electoral system.

Perdue continues to pitch the false narrative from former President Donald Trump that the state’s election results were flawed even after three recounts and audits proved the results again.

The Tide brings regular notes and observations on news and events by The Current staff.

Get past the headlines: Sign up for our newsletter focused on Coastal Georgia.

Tybee City Council on Thursday passed an ordinance to prohibit smoking on the island’s beaches beginning June 1. The measure...

As the second week of early voting for Georgia’s 2022 primary election continues, Georgia voters are turning out in record...

May promises to be a big month for the National Museum of the Mighty Eighth Air Force. Starting on Thursday,...