A new billboard for St. Joseph/Candler Hospital system is encouraging people to get vaccinated but it’s starting some controversy. It reads, “We’re gaining patients. And losing patience.”

Evie Hubbert, from Richmond Hill, recently lost her husband to COVID-19 and says the sign is insensitive.

Both she and her husband Jesse Hubbert contracted COVID-19 at the beginning of August.

Evie recovered, Jesse did not.

“It was hard. It was very hard to watch someone who is as strong and has fought so hard in his life, just in general. Outside of his military career or otherwise and has given back so much to his community and cared for so many people. Leaving this earth that way,” Evie said.

The military veteran received care at the VA hospital in Charleston for about three weeks, until he passed on Sept. 7.

When Evie returned home, she saw the billboard at the corner of Abercorn and White Bluff Road near the Oglethorpe Mall. She says she was furious.

She says she believes it’s relaying the wrong message to not only COVID-19 patients and their families but also those who are in the hospital without COVID-19.

“Are they going to receive subpar care because your patient load has increased? So now you don’t have enough patience? That’s absolutely disrespectful,” Evie said.

Savannah Mayor Van Johnson also weighing in on the controversy, saying there’s nothing wrong with the billboard.

“The time is over to play nice. The stark reality of the truth is that they are gaining patients and losing patience,” Johnson said.

The mourning widow says she’s looking for compassion during one of the most difficult times of her life and believes the sign is anything but.

“I promise you, if I could change the waters and turn back time, my sweet husband would be sitting right here next to me instead of sitting in an urn on my shelf.”

WJCL 22 News reached out to St. Joseph/Candler for an interview regarding the billboard. They sent us the statement below:

“This campaign is meant to put a spotlight on several things – First, our caregivers in the region have been fighting this battle for more than 18 months. They are exhausted and disheartened. They have done their part but they continue to be there for your our loved ones.

“Yet, more than half the people in our region have not done their part by getting vaccinated.

“Secondly, hospitals throughout the country and our region are overrun with COVID cases and the majority of those people patients are unvaccinated. People are losing friends, parents, children, and grandparents to an illness that is largely preventable or at the very least reduced in severity with the vaccine.

“Hospitals need our region to get to a 70% vaccination rate and we believe that will prevent another catastrophic COVID spike in the future.

“This education campaign is meant to get the public’s attention; to tell the story from the caregiver’s perspective. It is designed to reflect how nurses, respiratory therapists, doctors, and other co-workers feel. They grieve for every patient lost. They don’t want our patients to be another COVID statistic so we felt it was time the community heard from those on the front line.

“We recognize that the message might make some people uncomfortable. But it needed to be said, nonetheless. Many in our community have supported healthcare workers since this pandemic began. You’ve sent food, words of support, virtual hugs and much, much more.

“Now, we need you to do one more thing: Be our hero. Get vaccinated. Because we #care4yall.” 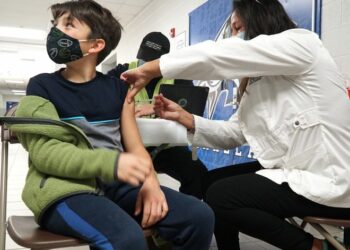 Savannah set to get COVID booster vaccines next week